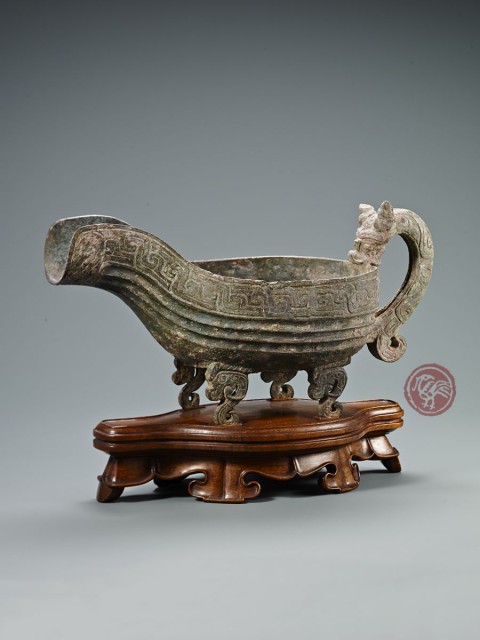 The finely cast deep boat-shaped vessel raised on four S-shaped dragon feet and with a curved U-shaped spout, cast around the body with three horizontal curving groove patterns under a wide band of abstract dragon motifs below the rim; set to the opposite side of the spout with an S-shaped chi dragon handle, with its head cast as a whorl horned dragon biting on the edge, overall in a rich brown patina with areas of malachite encrustation.

Archaic bronze Yi was used in conjunction with Pan during the ritual ceremonies. It was a late Western Zhou adaptation of the He or Gong, and was continually used in the Eastern Zhou period. The present Yi was firstly bought by a famous British politician, Mr. Harcourt Johnstone, and then treasued by Sir Peter Moores, whose foundation bought the Compton Verney and converted it into an art gallery.