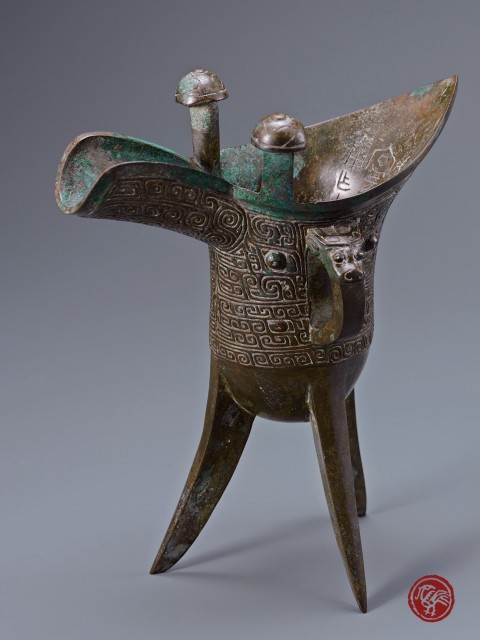 Yu Jue is one of the most important archaic Chinese bronzes in private collection. There is an inscription of 21 characters, the longest inscription ever known to all bronze jue, cast in memory of the royal ceremony held in Chengzhou (Luoyang) and the King’s award to Yu, a significant figure in the early Western Zhou court and the same patron who cast the Da Yu Ding which is now in the collection of the National Museum of China in Beijing.

Yu Jue was discovered in mid nineteenth century and had been kept by various important Chinese collectors before it was bought by the Japanese in 1920s. Yu Jue is one of the most widely published archaic bronzes, in both Chinese and Japanese, it has over 30 published records since 1895.